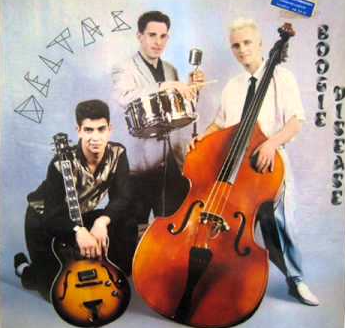 The Deltas were one of the very first act to be signed by Roy Williams on his Nervous label. It’s no surprise for their were among those who wanted to push the boundaries of the genre like Restless, the Meteors, the Blue Cats to name but three.

Fred “Virgil” Turgis wrote: "Their debut album was loaded with 16 wild and psychoticwith half of them penned by the band. The triple attack of Littlejohn’s double bass, Pat Panioty’s guitar and Steve Bongo banging his drums while singing his heart out (which often leads him to end the song faster than it started) takes no prisonners."

Rockabilly, blues and Rock 'n' Roll band from London/England founded in the beginning of the 1980's as pure rockabilly band

In 1981 the British rockabilly scene was in bloom. Long before terms like Psychobilly and Neorockabilly became common , The Deltas had already started spreading their own brand of high-energy Rock`n´Roll.

Their unique blend of high-power Rockabilly, Blues and pure Rock`n´Roll energy still attracts both Psychobilly and Rockabilly followings all over the world and the band has also been included on many essential Psychobilly compilation albums, such as The Magnificent Seven and Hell's Bent On Rockin´ .

The original lineup was;

With the original line-up  the trio recorded a demo tape in 1980, loaded with 50´s Rockabilly obscurities like Who Told You?, My Babe or Your Wildcat Ways. A year later they'd already got quite a reputation to be one of the wildest live acts and most talented rocking bands out there. Roy Williams, who had just started his own record company, contracted the Deltas and recorded the now classic Boogie Disease album with them in the Pathway Studios. He introduced them on the back sleeve of the longplayer as "-wilder than the Polecats-crazier than The Meteors". The album sold well and. Some years later, the lineup was enlarged to a five-piece outfit with well-known ex-Polecat Boz Boorer (g) & John Buck (d) and the band released their more weirder, more diverse second album, Mad For It (1986), on ID Records, followed by another studio output Tuffer Than Tuff (1988) , a four track EP entitled You Can´t Judge A Book(1988) and a live album on the Link Records Live and Rockin´ (1989) 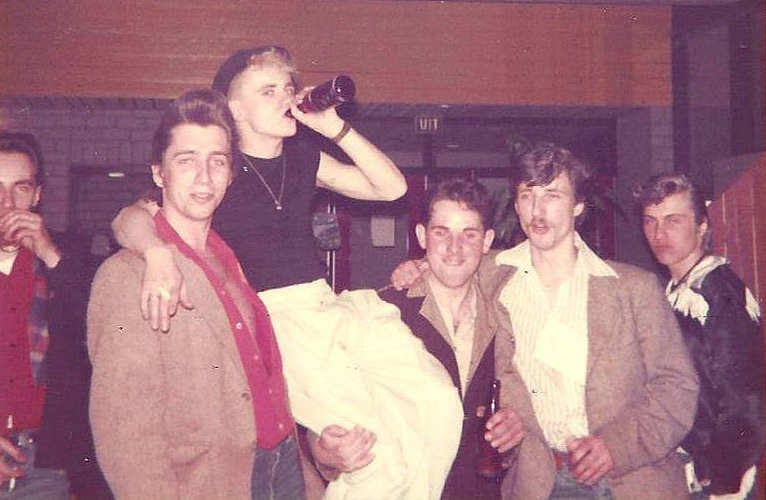 Gestel en Bertje with the Deltas in 1982 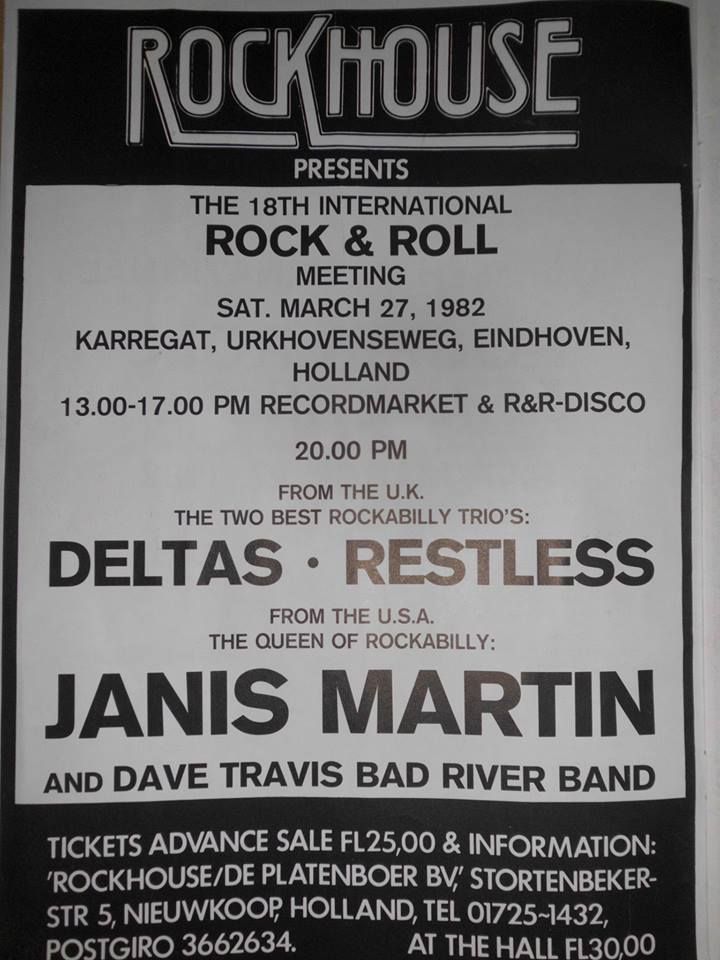 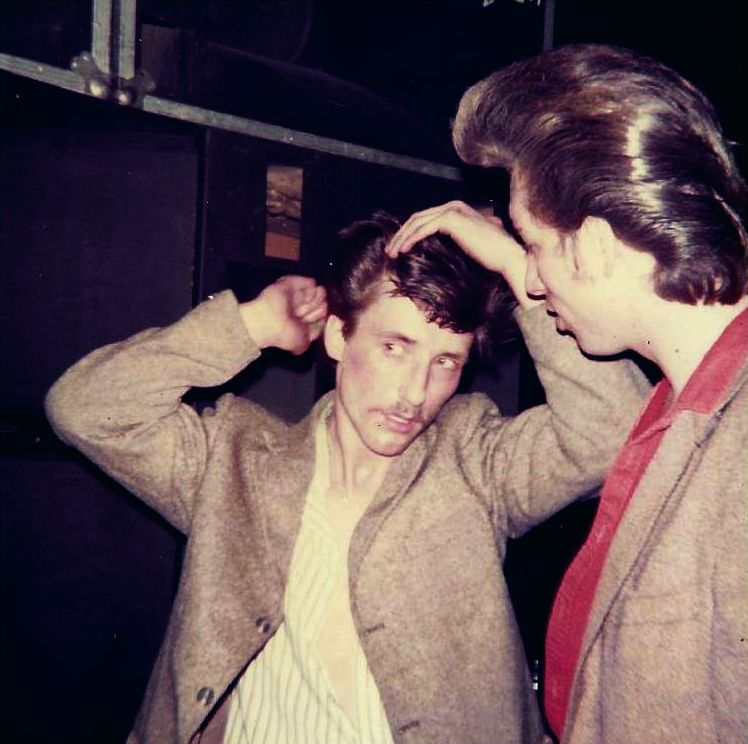 This site was created with Mobirise