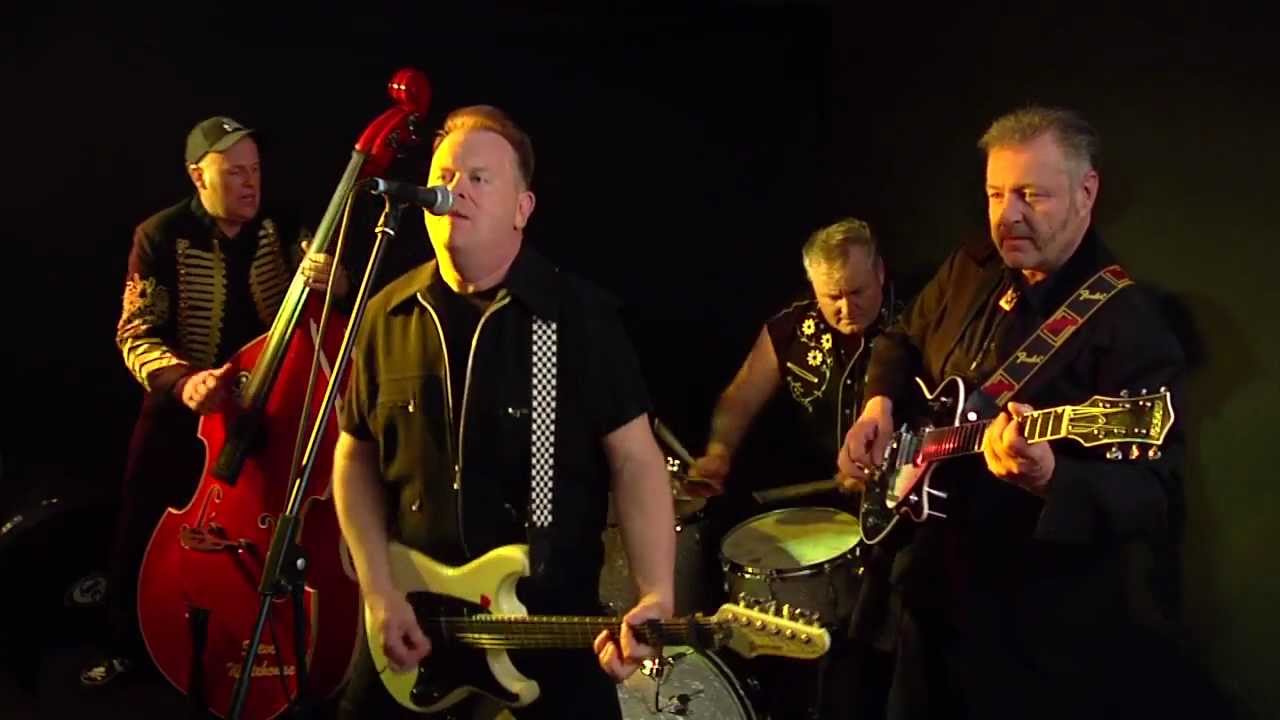 British Neo-Rockabilly band that started in the late 70s. The original line-up consisted of Dave Phillips, Carlo Edwards, Stef Edwards and Clive Osborne. In 1982 Dave Phillips left the band to start with Dave Phillps And The Hot Rod Gang. He was replaced by singer Clint Bradley.

They were very active in the 80s and 90s as spearheads of the British Neo-Rockabilly movement which combined the old traditional Rockabilly from the states with modern wave influences. Eindhoven has always been on the agenda, and the Rocking Rebels were always there. The comeback in 2012 earning them Europe/world wide recognition again.

All members knew Tony Martin who ran Red Hot Records, and it started for them in the seventies with The Blue Cat Trio and Little Tony and the Tennessee Rebels. When Tony arranged a meeting, Clint Bradley and Mitch Caws met Carlo and Stef Edwards came together at the St Hellier Arms in south London one morning in 1980.

From the first chord it clicked, man did it click! Four teenagers full of expectation giving it some in the front room of Stef and Carlo’s place. They put together a set with Clive Osbourne (Rocking Mont Oz) on Sax, and played their first gig together in Holland, The Eindhoven festival and it ROCKED!

Late 1980 (around November) Clint Bradley and Mitch Caws replaced Dave Phillips in the Blue Cat Trio which became the Blue Cats. The Blue Cats wanted to take Rockabilly on to another plain, to pay homage to everything about it they loved but also add the energy and vitality of their own contemporary musical surroundings. The early eighties was an exciting time to be forming a band regardless of what music you were into. The whole post punk thing was happening and new clubs were springing up all over the place.
The Blue Cast had to deal with a lot of opposition in the beginning, but it was their way or nothing. That first gig in Holland was a great kick off. 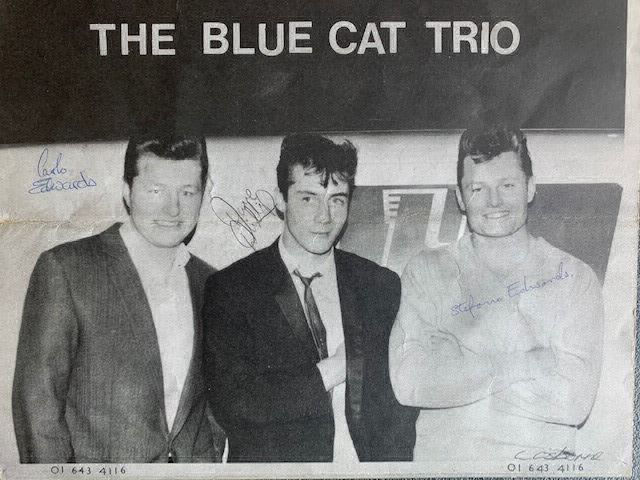 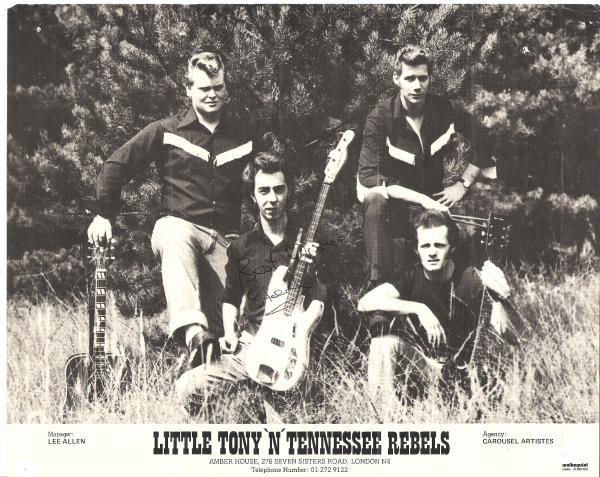 In January 1980 Tony and the Tennessee Rebels recorded an EP  with three original songs written by Clint Bradley (Slap That Bass, Rock The Barn, Roll On Baby) and one cover (Ten Little Women). End 1980 Clint Bradley and Mitch Caws replaced Dave Phillips in the Blue Cat Trio which then became the famous ''Blue Cats'', we now until far into the 21th century. 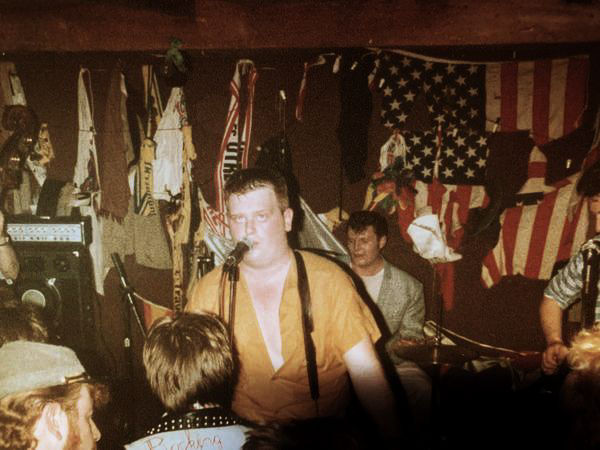 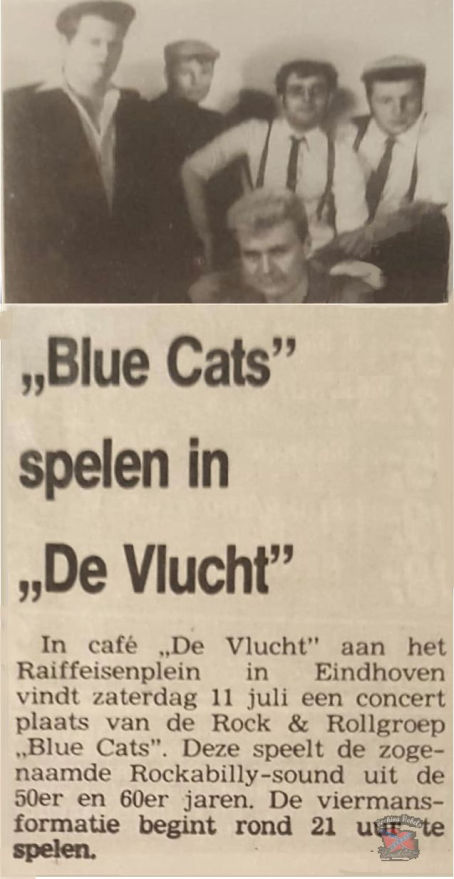 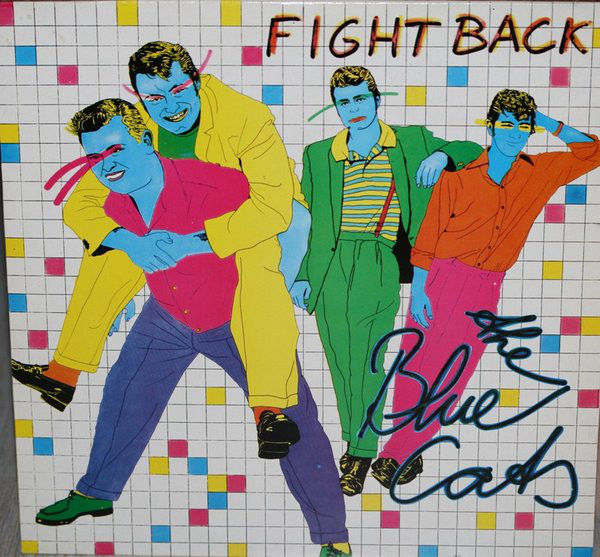 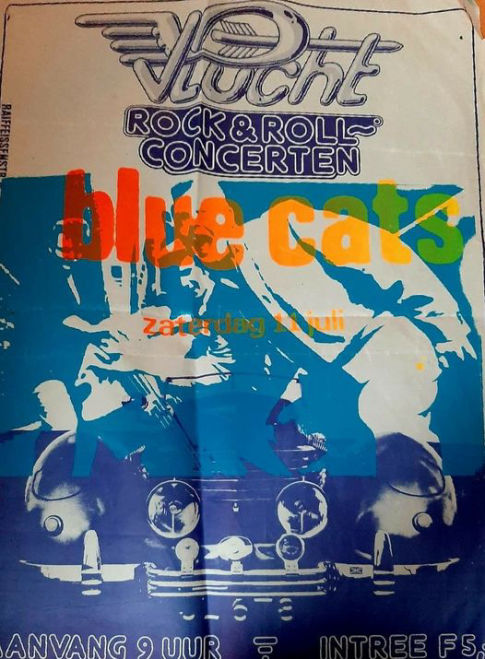 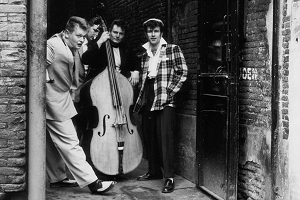 In the video above of the 1981 gig at Dynamo's big room, amongst others we see rebel Mari van den Gevel dancing in the white shirt @0.26, and Harrie de kid in his Rocking  Rebel jacket @2.25.
The above video was made during the 5th anniversary of Klaas Westerbeek's Mac Taple fanclub at venue: 'De Beurs', St Oedenrode near Eindhoven.  Besides Mac Taple, the Hillbilly Caps, The Blue Cats were playing.  It was the only performance on the continent with the original line up.  It became a wild and unforgetable night with visitors from Germany, Belgium. We had a mix of traditional rockers, Mac Taple fans, Teddy Boys and a lot of neo rockabillies. On the very first Clint Bradley yell, a huge pogo dance busrted loose, and brought the audience to extremes. Some traditionals were under the impression that a huge fight was started, so they kicked in and started to fight back. 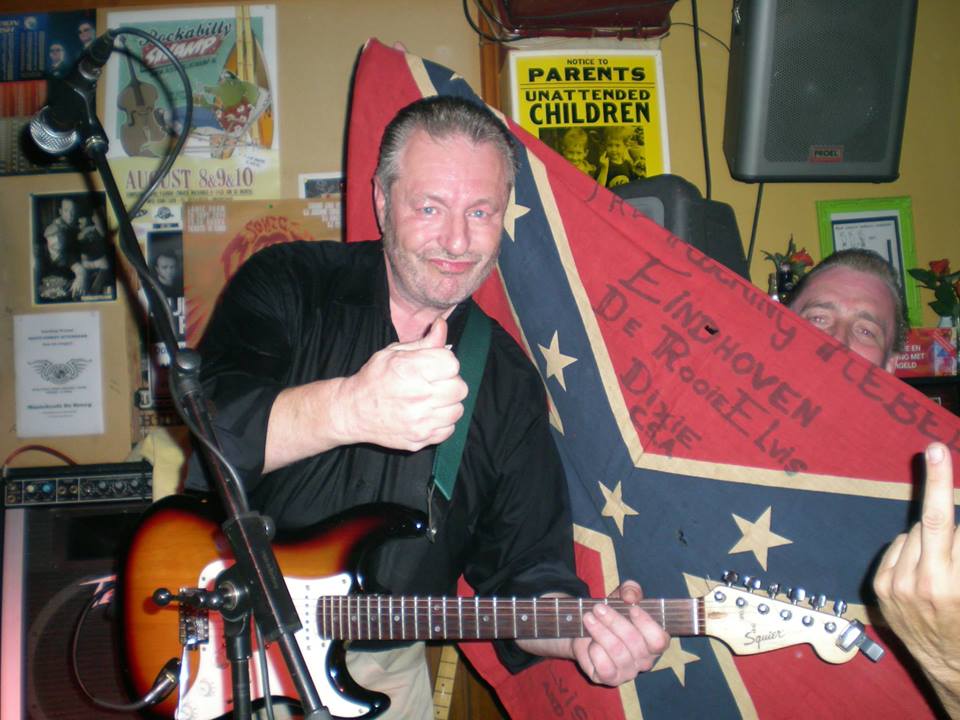 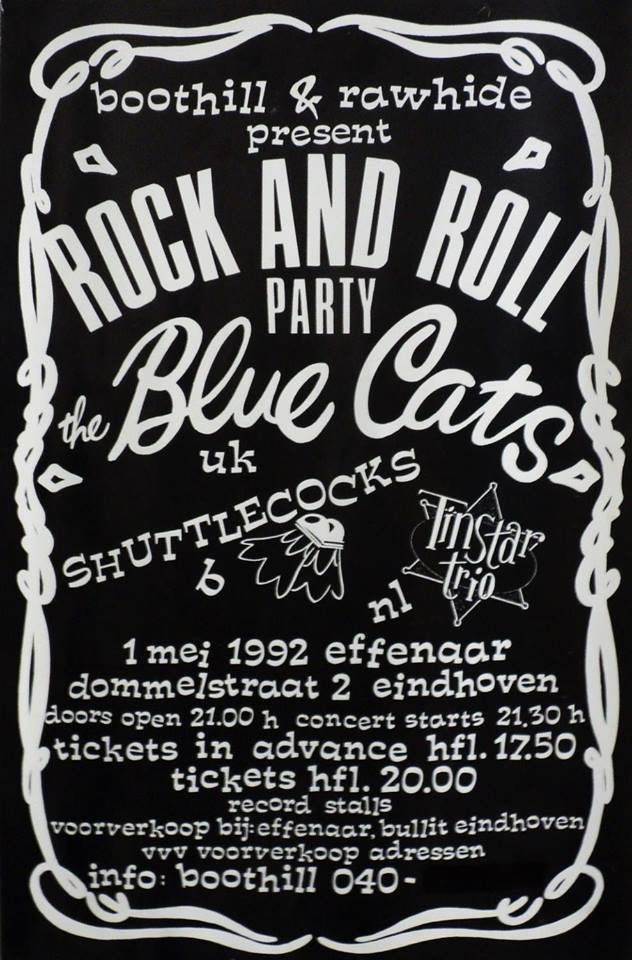 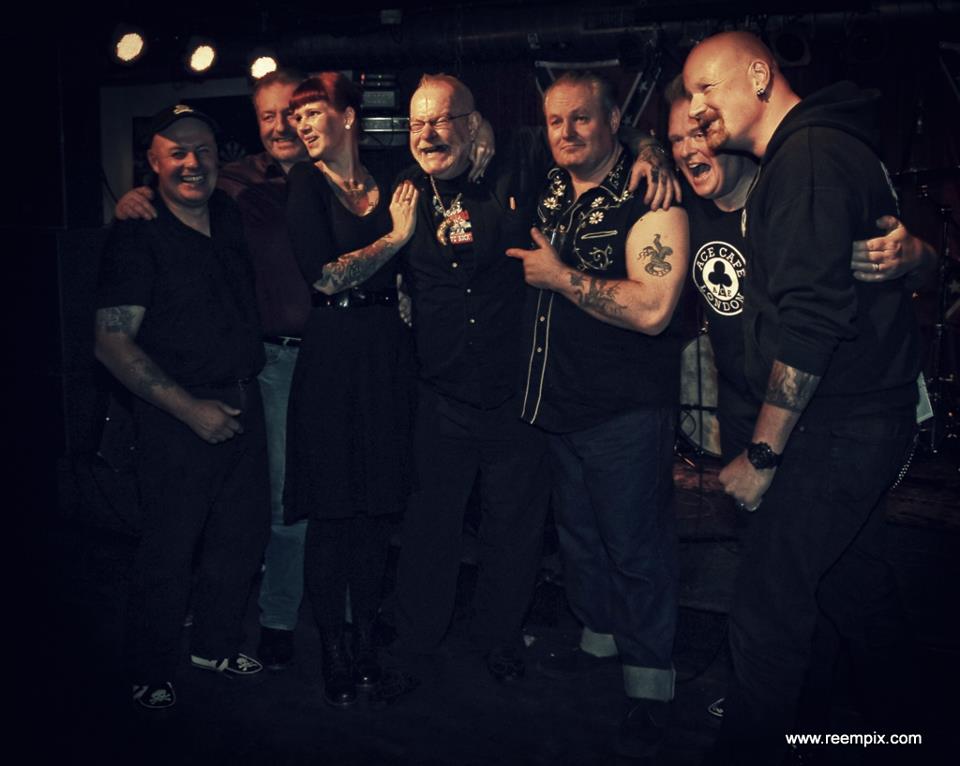 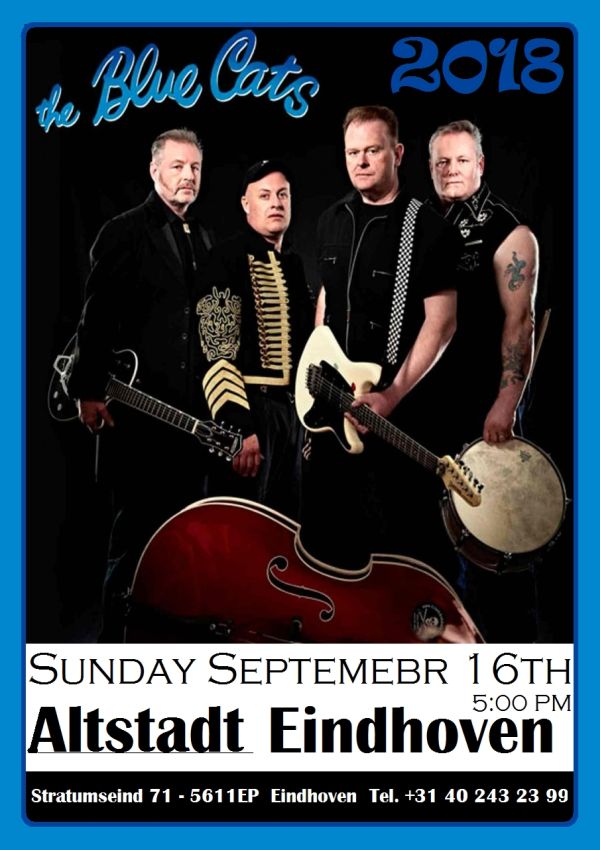 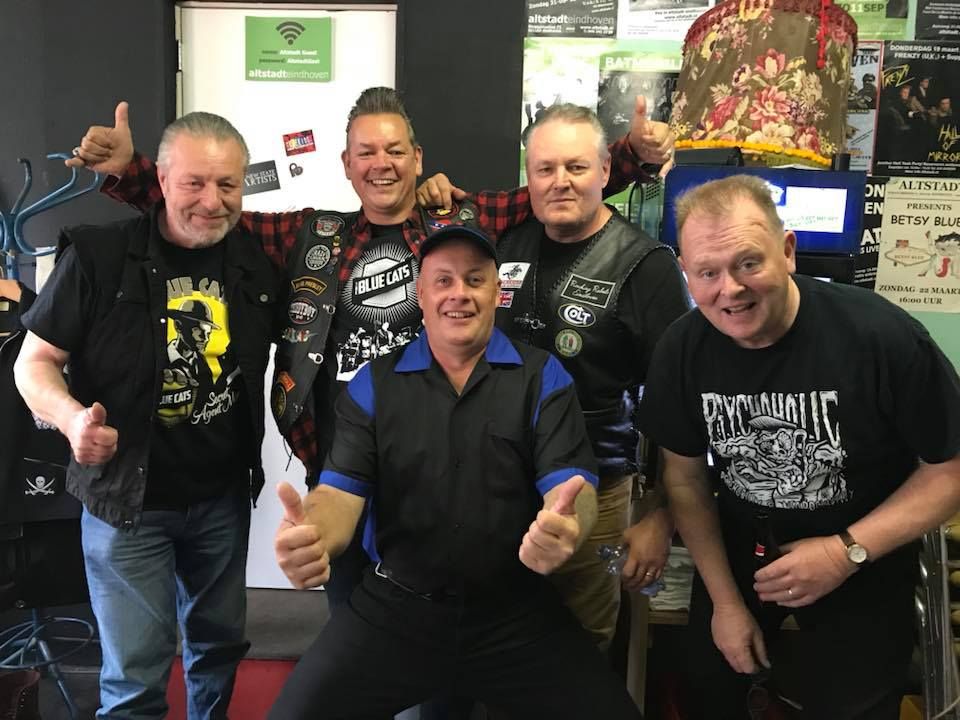 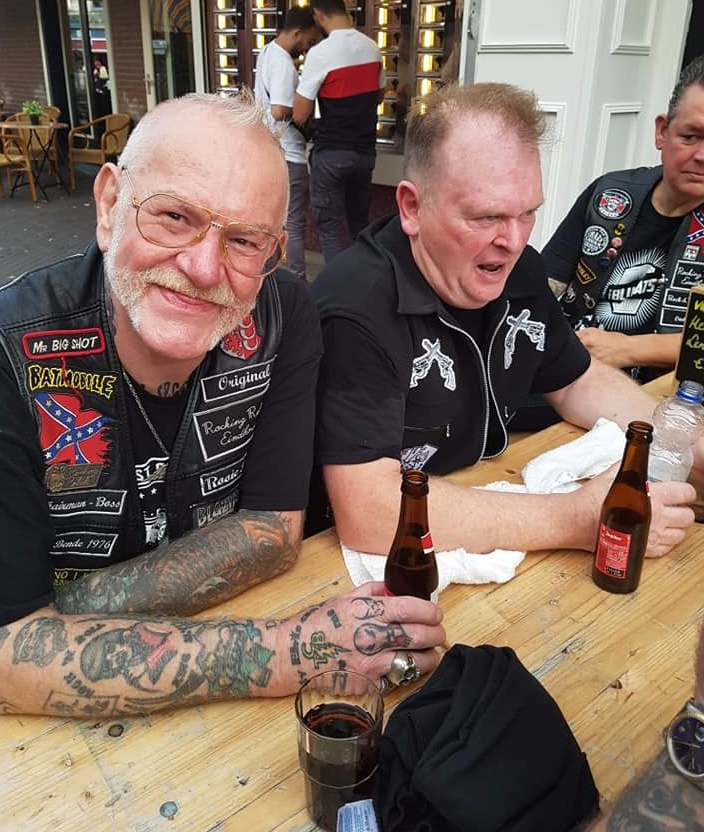 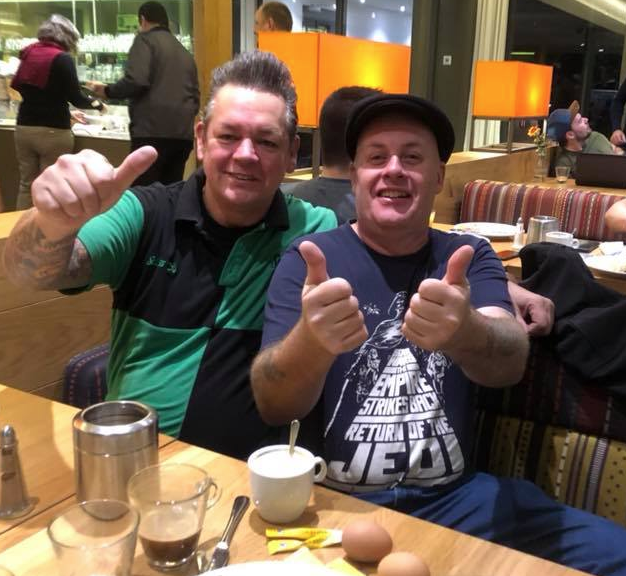 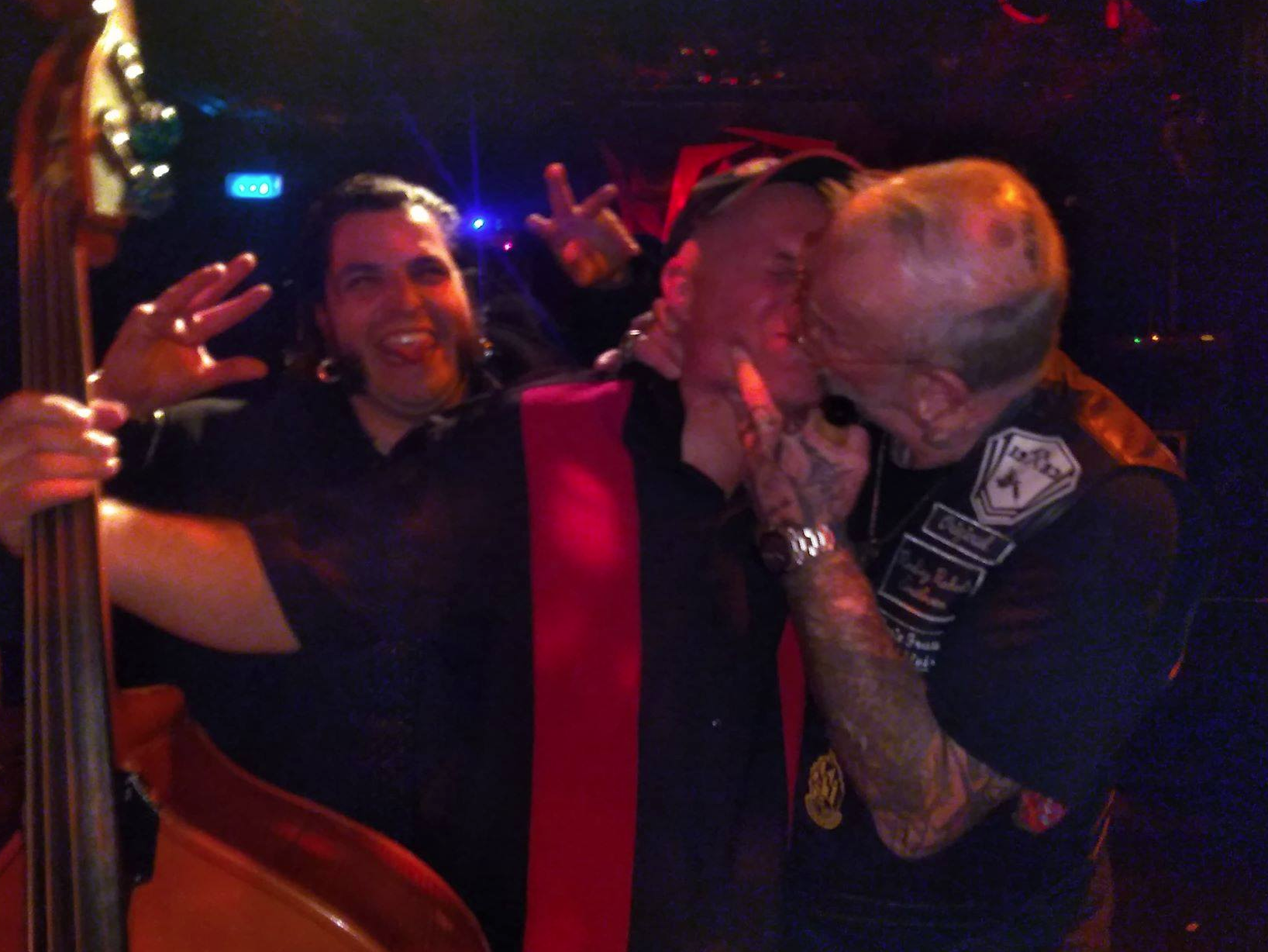 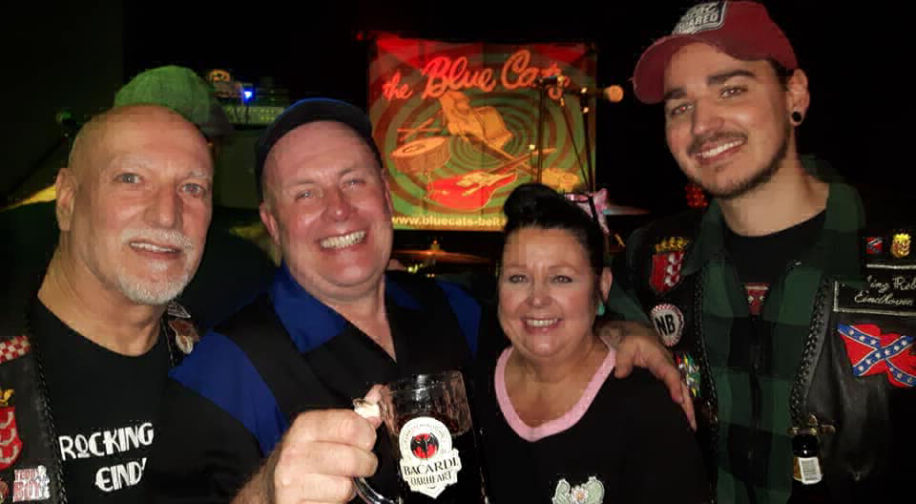 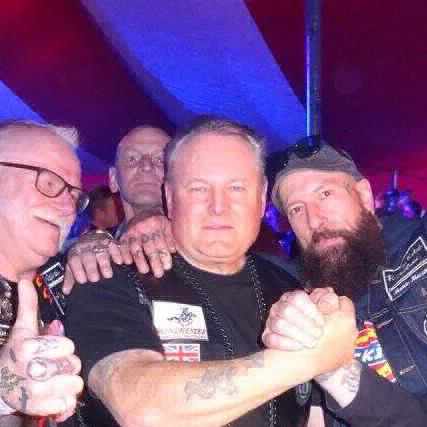 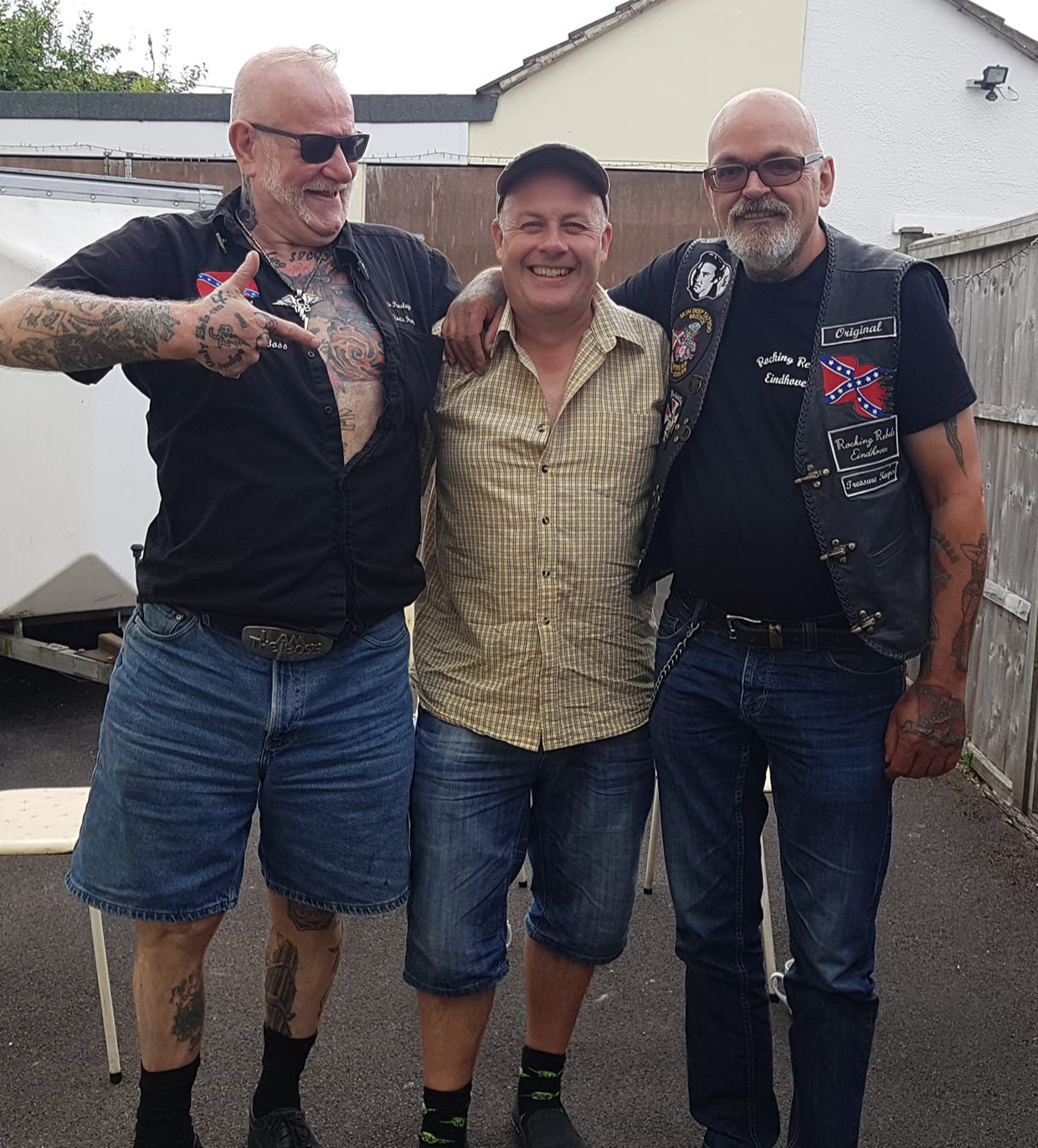 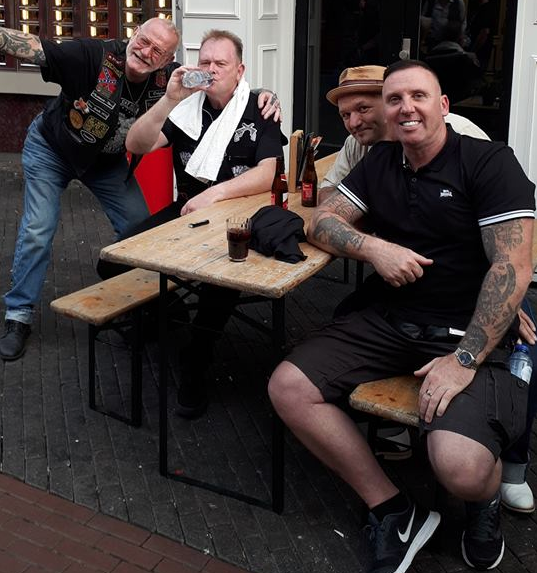