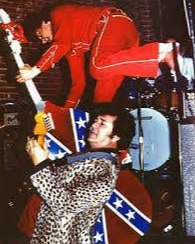 Raymond Charles "Ray" Campi (born April 20, 1934), is an American rock and roll musician sometimes called "The King of Rockabilly".
He first recorded in the mid-1950s. Campi's trademark is his white double bass, which he often jumps on top of and "rides" while playing.

His musical career took off in the early 1970's when he was rediscovered by Ronnie Weiser, the owner of Rollin' Rock Records. Campi began touring Great Britain and Europe and has regularly played festivals there ever since.

in the 90's Ray Campi recorded with a band called 'the Rockabilly Rebels'
During his life Ray became a role model for youth who admire him for his playing, song writing, revival of great obscure songs, and for helping keep honest forms of music alive through his record reproducing. He is very sincere in his efforts

Although born in the US, I think it is fair to say he was more popular in Europe. He performed and recorde music his entire life, but didn't see that as a career at that time.  Ray had several jobs and even worked 25 years as a junior high school teacher.

The Rockabilly Rebels appearing at the Grove were: 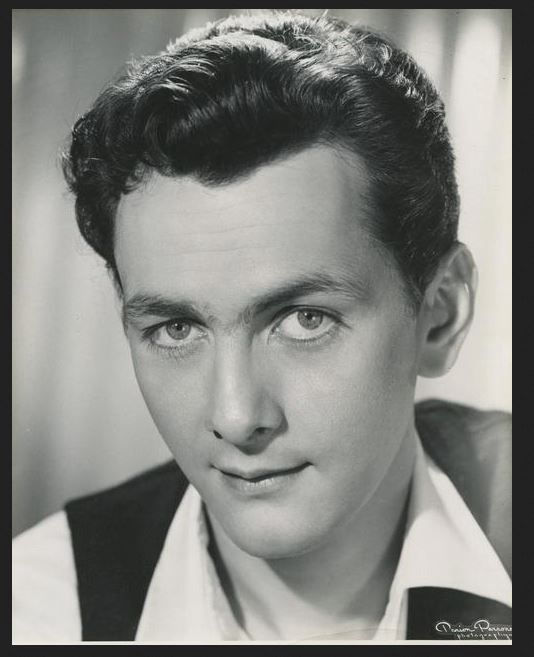 Performances in the Grove (USA) in the seventies 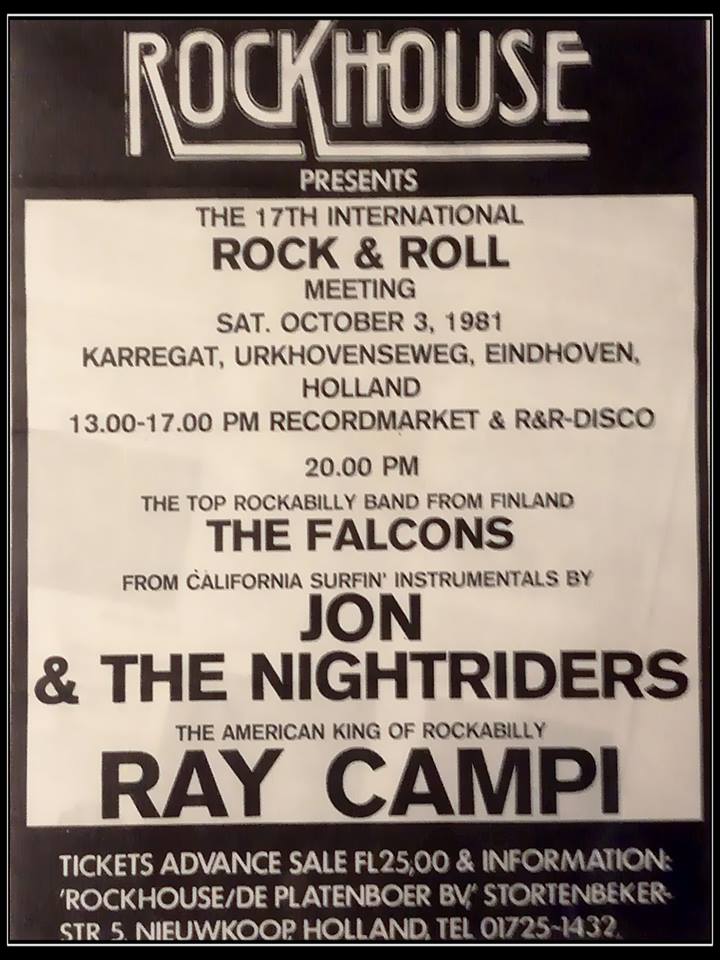 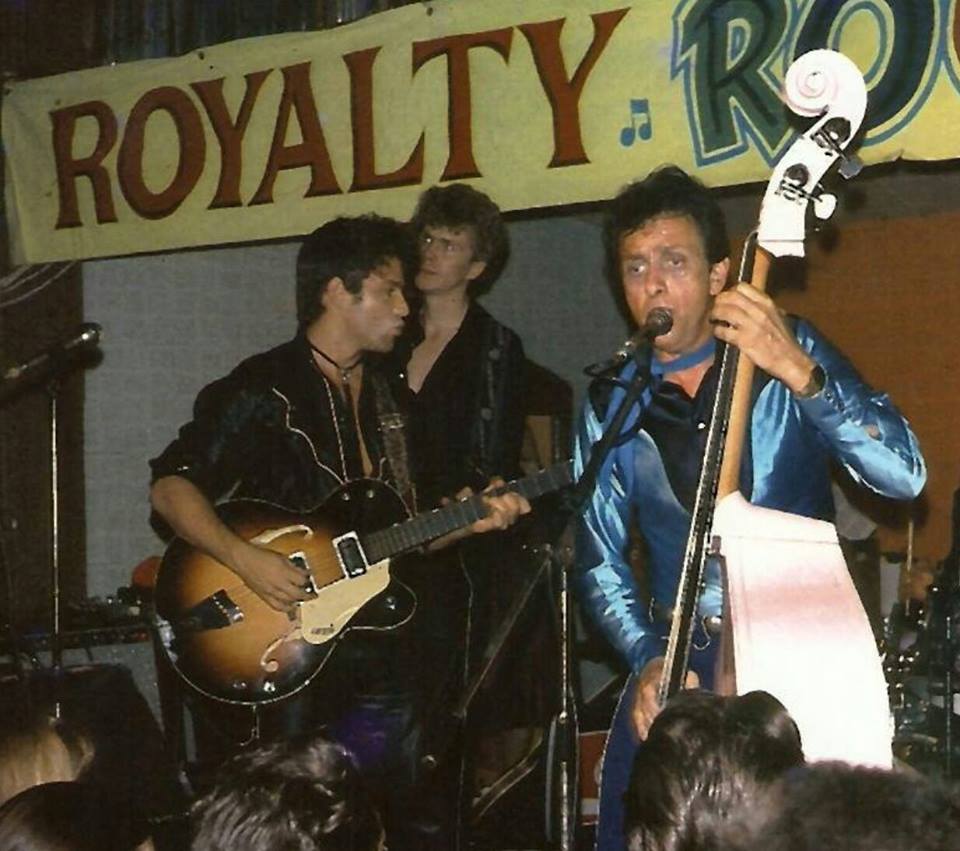 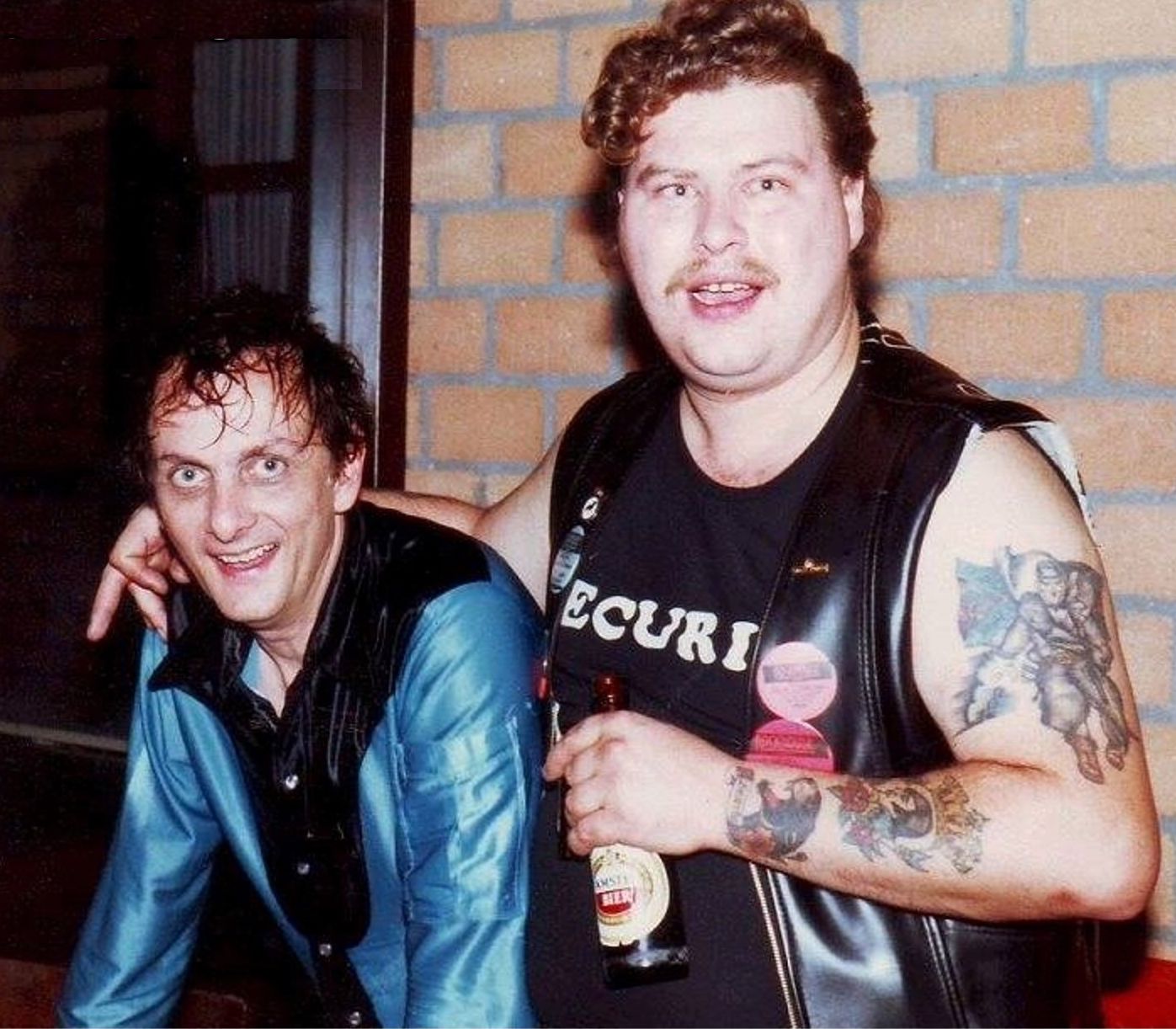 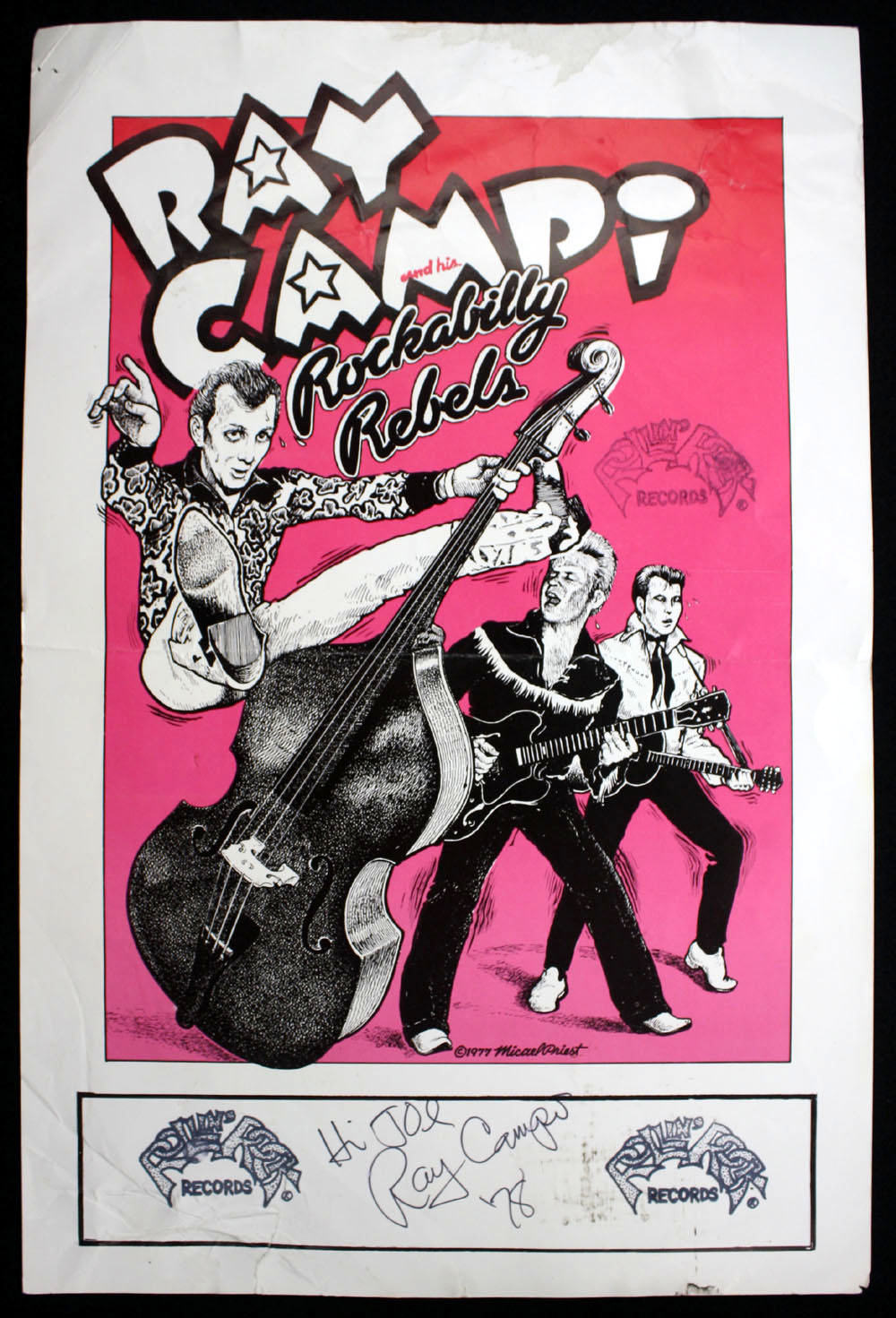 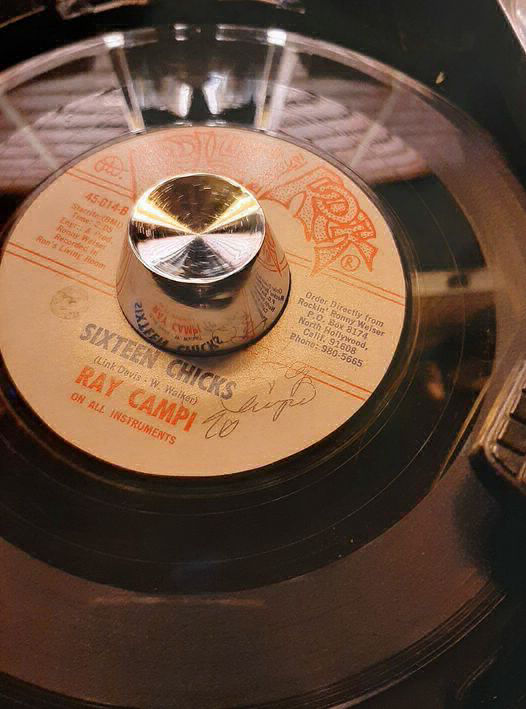 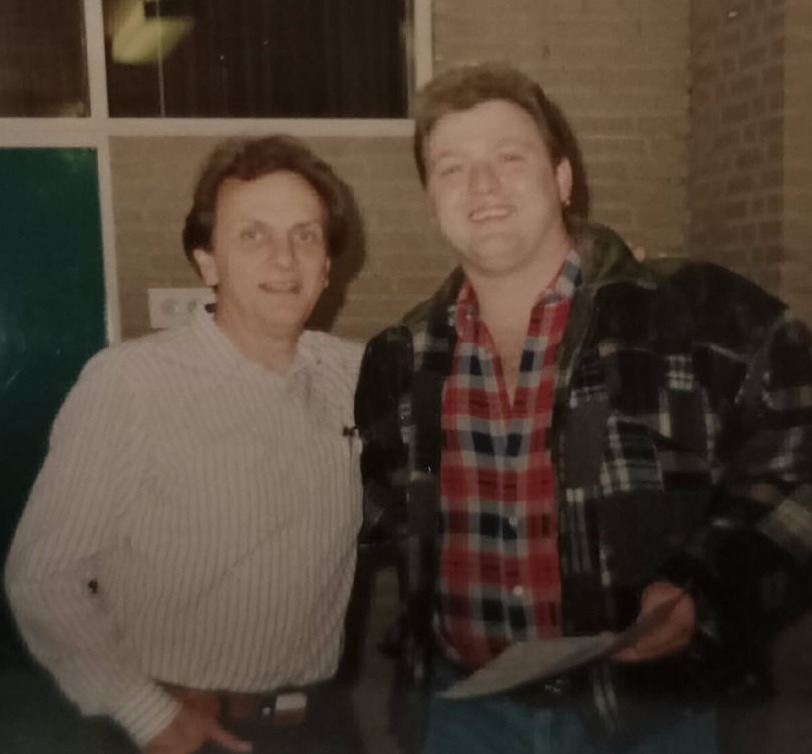 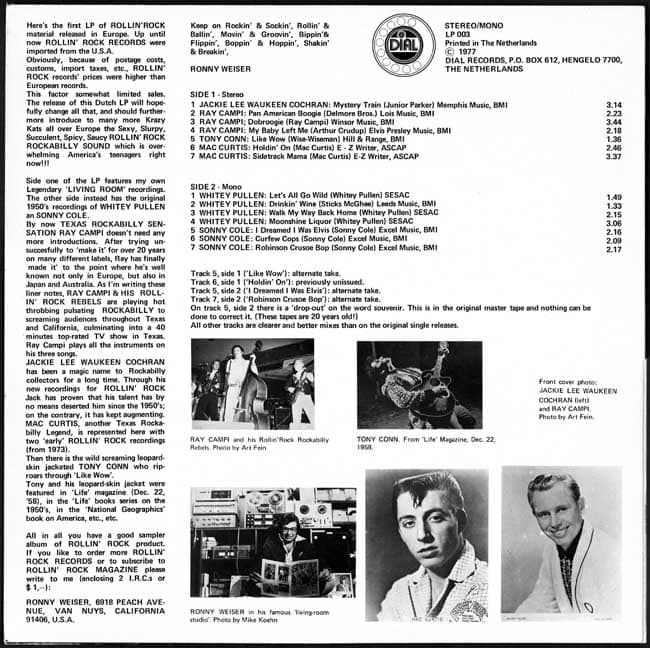 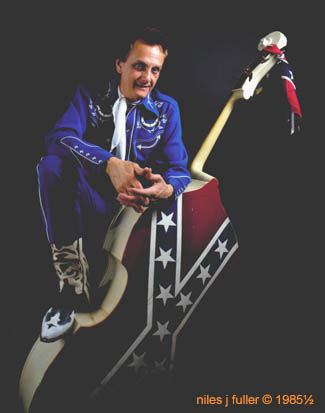 Ray with the rebel flag Bass